Sitting straight-backed on her bed, her eyes wide open; she frantically searched for the culprit. It couldn’t be the cat or the spider that she had let be last night. It had to be something else. She blinked and then shut her eyes again as if to clear her mind. The busy street downstairs was quiet. That was strange. But what was weird was that there was something in the air. The crisp, cold nip in the air had nudged her out of slumber. Unlike the balmy night before, the bleak morning sun caressed her now goose-pimply flesh with a cold draft.
Even though the fine, almost invisible hair on her neck was standing as straight as they could, she refused to give into it. It was going to be a beautiful day, she thought. She’d never had a problem waking up; a light sleeper, the first few strains of the alarm clock always got to her. Then began her mundane routine. But a habit was excellent – a mantra she had followed all her life.


Yet today was different. The ripe and pungent smells of last night were gone. She felt refreshed as if she had slept on for a hundred years. The morning was awash with light, not warm yet. It was a great day for the outdoors she deduced. And unlike her busy self, today she was going to bunk work and walk to that little place by the pond in the park. She had often walked by it, watched the ducks swim by and dogs run circles in the bushes. 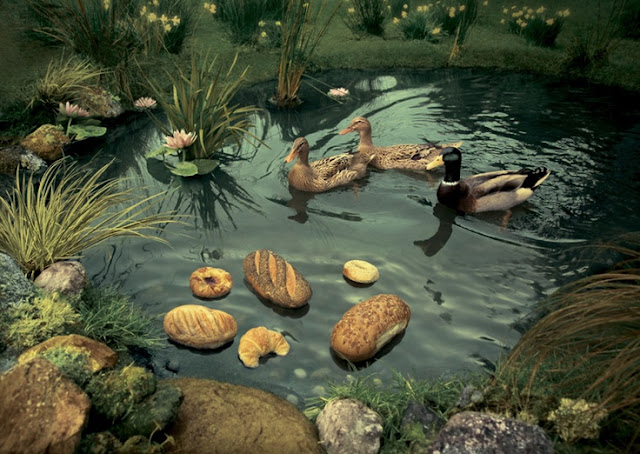 Ignoring her rumbling stomach, she skipped on her breakfast of bagel and coffee. Hunger would have to wait. The park, as if a magnet, was pulling her towards itself. An emptiness within her was calling out as if the duck pond had what was required.
She had first seen it a year ago while cycling. It had an overgrown path, lush with foliage. To someone, standing afar, it would seem like a dump. She was attracted to it. So much so that each day that she couldn’t make it, there was a strange nagging within her that overtook her senses.
Walking up the street, right up to the intersection, she bypassed the main gate. This was a shorter route to the pond. She hoped the ducks would be out today too. It would be her and the ducks amidst nature. The gate that led her to the lake was away from the world; the hustle bustle of the street and traffic got lost in the trees. The weedy earth had run amok, moss taking up every nook and cranny as the wildflowers forced their way through the mess. It was a little world away from the real world, a microcosm within a macrocosm.


Such was her determination to get to the pond that even sudden turn of clouds into a dark grey colour could not stop her. Walking in long strides, the sound of laughter stopped her. There were children near the pond today. They were going around in circles, giggling and chanting something. Their sounds grew higher and higher, stirring up quite a ruckus, screaming in glee oblivious to anyone watching them. 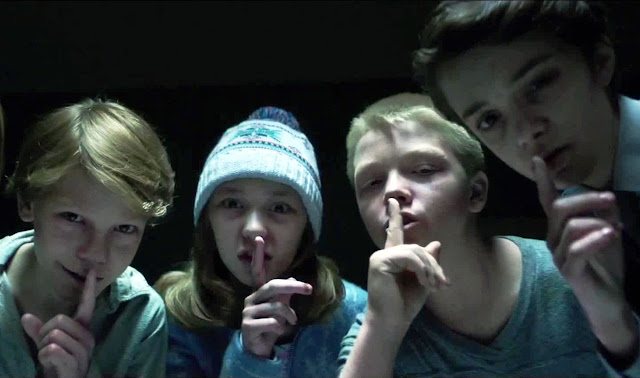 Taken by surprise, she smiled at them, hoping they would slow down. But the circle closed in tighter. Looking closely at the children she realised they all looked alike, their faces cherubic, sun-kissed golden hair, button noses and the puffed buds for lips. Forcing her to stand straight, she heard their chants for the first time.
1,2, 3… we will set you free!
4,5,6… tell us what you think?
7,8,9… why did you leave her be?
10,11,12… alone she was scared.
Feeling dizzy, she wanted this charade to end. They stopped, but she was trapped. They questioned:
Why did you abandon her?
Next the girl: She looked like you, you know?
Now they screamed at her together: WHY? TELL US WHY DID YOU ABANDON HER?
Tell us, and we will set you free.


Only she had no answer. Breaking out in cold sweat, she felt her blood freezing over. The children, quiet one moment, broke into raucous laughter and the circle began to move again. She had to move along with them, their grip vice-like on her. They were dragging her to the pond. 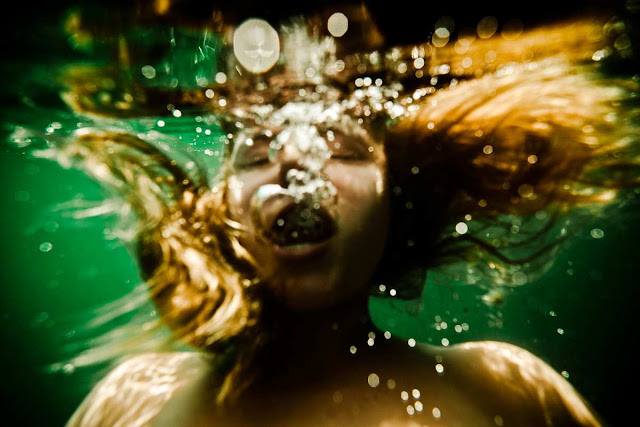 The still pond had now come alive as if the chants spoke to the water. They pushed her into the water, deeper and deeper. She struggled to keep up with them. Finally, they stopped, and she realised she was in the middle of the pond but far away from reality.
Prodding her, poking even, they began to pull her down. The water was pulling her in, as were the children. They had a smile on their faces, but it was not for her.


The morning came to an end and the afternoon sun killed the gloom. The pond lay still but for a few ducklings who bathed in the warmth of the sunlight.
x
Email Post
Labels: death of a child Dream dream interpretation fiction fiction writing horror morbid fiction nightmare short story shortstories shortstory writing