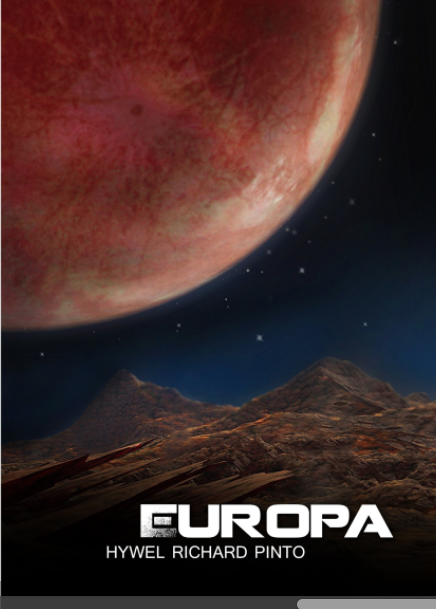 Summary: The year is 2250, and we are witness to a historical trial of one of the Silver Fleet’s youngest and most promising captains - Captain Richard Sparks, who has been accused of murdering a fellow crewmember during the Silver Star’s lengthy trip to Jupiter’s moon – Europa. But the crew is divided as to whether the Captain is to be blamed for the fiasco or whether there was a bigger conspiracy on board?


Can another murder on board the Silver Star be attributed to the unusual mission that the ship is on? Does someone want the crew of the Silver Star to fail in their mission to locate one of her sister ships, reportedly lost near Europa? And just how many of the team can Captain Richard Sparks trust, if he is to be believed as being innocent?
Meanwhile, a shadowy organisation back on Earth contends with a dangerous, corrupt and ambitious Indian politician, with the Europa mission being used as the counterweight. Will this affect the crew on board the Silver Star?
All trials are not as simple as they seem - not when the accused has a story to tell, and some people will go to great lengths to protect what actually happened on EUROPA.

I have always been fascinated with space exploration and space travel. I am a sci-fi movie junkie too, having watched Interstellar umpteen number of times. So when I chanced upon an opportunity to review Europa by Hywel Richard Pinto through Blogadda, I naturally jumped to it.

The cover of the book is beautiful and easy to spot. I would have picked it up just looking at it.

Europa by author Hywel Richard Pinto is a good fit in the Science Fiction category. I must say it is a brave attempt as this genre is tough and being niche, it doesn’t have many takers regarding authors as well as readers. Also, this being his sci-fi novel… I’d say hats off to Mr Pinto!

We are in the future, the year is 2250 to be precise. Technology has advanced in multitudes as we had expected. The story is layered and follows different points of views, switching to Europa, Jupiter’s Moon and Earth.

The plot requires numerous characters and does justice to the story. Captain Richard Sparks, the protagonist is a good, sharp leader. His role has fluidity and evolves well as the story continues. The antagonists grow as well. However, given that there so many characters, not all of them have depth. In fact, at times, you may feel the antagonists have more depth.

Here is also where the problem begins. There is no backstory to the characters. We know nothing of their personal lives, their childhood or any other incident. Hence, relating to them is tough. The same issues extend to Sparks character as well.

As the plot evolves, many things happen at once. The story slows down in places but in general, maintains a good pace. This could be jarring to first-time sci-fi readers. The best part of this book is that it takes one to different locations, illuminating your imagine. The descriptions of outer space are lovely, and one feels as if they are on a ride of their life.

The underlying theme of revenge crops up every now and then. The end of the novel could have been written better, i.e. some more meat could be added after the trial, ending the story on a better note. The author offers many twists, surprises and turns in the right places to keep one engaged.

I will end by saying this – a super brave attempt at writing Sci-Fi novel. Only if the characters had more depth…

My biggest gripe – shoddy editing. Too many mistakes.