The Strange Library by Haruki Murakami – a book review

An innocuous line, describing a mundane or regular activity of an avid book reader, wouldn’t you say? Something so simple and generic that one might not mention or think it out aloud had it been just another library and the trip without any consequence. I mean, libraries are boring places; one goes there to seek refuge, to get some reading or studying done, and leave with books of their choices. Plain and simple.

But then Murakami doesn’t see things in a simple manner like we do, does he? Nope. He brings the weird out in us. He gives life to all our silly thoughts of being followed, talking animals, and parallel universes and of monsters under the bed or in this case in the library basements. 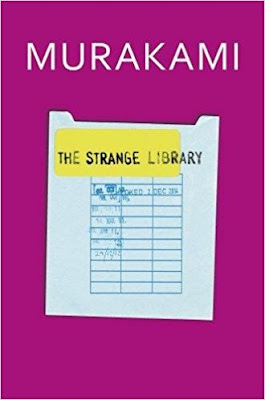 On a fine day like any, the protagonist of Murakami’s The Strange Library, on his way home from school, lost in his thought, wishes to return his library books. He hates being late; he never is, as his mother did not raise him that way. He is a considerate child. He is intelligent and curious too. Hence, he now wants to know how the Tax system in the Ottoman Empire functioned. This question leads him to the library where he encounters the lady behind the desk reading in a weird way. This should have been his first cue to run, only he agrees to follow her instructions.

Here is where the protagonist begins his Alice in Wonderland adventure. While Alice fell down the rabbit hole, the boy volunteers to go down to the basement. A bit of a yes-man, the kid follows the weird old man who leads him through a maze into a dark room to be locked up in a jail cell. Somewhere in his gut, he does know something is off but is too polite to say otherwise. I would have run away about now.

Here, he meets Mr. Sheep Man, much like Alice’s friend, the Mad Hatter. Shocked and scared, the boy repeatedly brings up his mother who would be very worried if he were late for dinner and starve his pet starling.

The boy’s task at hand and his ticket to freedom are reading the three impossibly large volumes on the Ottoman Empire’s tax collection strategies in a month. The old man would test him and if he passed the test, he could go home. But that’s a lie as the Sheep Man lets him know that the old man would suck at his juicy brain – juicy after acquiring all the knowledge from the books he read. Apparently, it was a fair pay off to the librarians and libraries as they imparted knowledge to one and all. Creepy, creepy!

Weeping his heart out, the boy encounters a beautiful, mirage-like girl who brings him dinner. She doesn’t have a voice but talks with her hands. She assures him that he can run away and even take the Sheep Man with him. The Sheep Man agrees. They see their chance and take it, sadly leaving behind the beautiful girl. Unfortunately, the old man is not to be fooled. He awaits them with a big black dog, which has the boy’s pet starling in his mouth and is an old enemy of the boy. 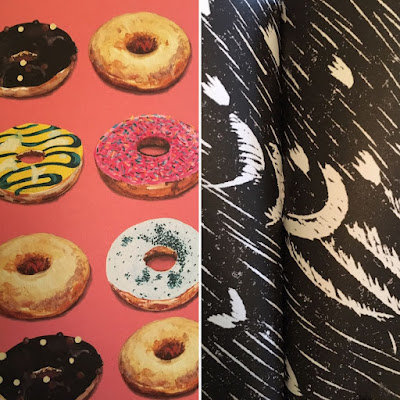 The boy and the Sheep Man break free thanks to the pet starling. The boy walks home to his mother but they never mention him being three days late or the missing starling or the Sheep Man. Soon he is left alone in this world as his mother passes away.

To me, clearly, this strange encounter at the library is in the boy’s head. He is coming to terms with his reality and hence, makes up this adventure. His mother is an important influence in his life. Being late for dinner and leaving his shoes behind are tough choices he makes, as it would upset his mom. 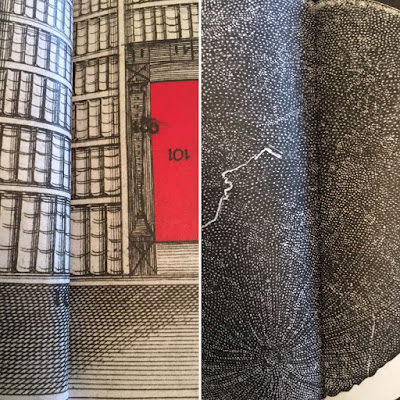 We know nothing of the mother – only that she is protective of her child; she instills good habits in him. But her passing away quietly and the boy’s subsequent adventure indicates that she was sort of preparing him for a life without her. The pitch-dark staircase in the library where he had to tread relying on his senses is another indication. The pitch darkness is a symbol of his independent life while the light of the new moon brings new hope.

The pet starling is a symbol of his childhood, reminiscent of the happy, carefree times. The loss of the starling ends his happy childhood. He is a victim of circumstance like we all are. Nothing in life is certain just like Murakami’s plot twists.

The Strange Library leaves a lot to imagination, very typical of the author’s style. Written in the first person, this seemingly simple book is a quick read. It is at once weird yet very basic. I was done in two hours with a lot of distractions :)

P.s. The hardcover has some wonderful illustrations that lend a comical view of the boy's predicament.