Love, loss, and longing Part I

The walls were blue; a shade darker than powder blue I think. It was his choice and so it had to be blue. The paint job though was haphazard. Another one of his ideas for sure. He was always trying to prove he could do it all. Asshole. Now the room was freshly painted, yes, but uneven. The brushstrokes were crisscross or horizontal at places. Very typical of him. Surely he would have forgotten the pattern each time he took his cigarette break. 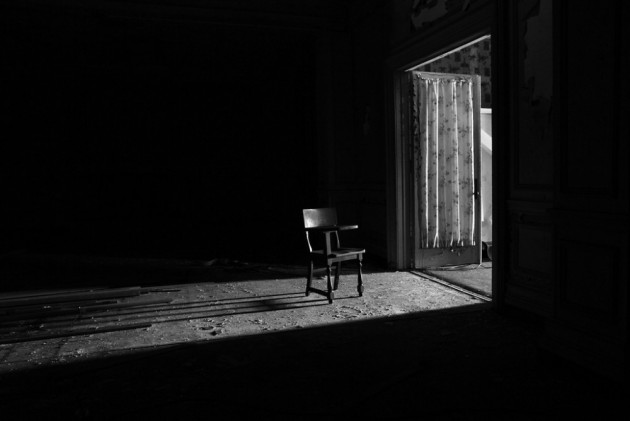 There was no easy way to do this. The confrontation could not be avoided for long. Things had simmered over days and now… before they burnt down everything, she had to come to a decision. The old dank hallway ahead seemed endless. The lone bulb on the third door on the right-hand side was on its last leg; it would die out soon.

The only light that distinguished this dump from a bottomless pit was the entrance. Taxis zipped by and hawkers hollering for their wares added a sense of normalcy. Unlike the silence within, this din was welcome. It was a sign of life thriving. Yeah, real people lived in this dump too but their souls had walked out long ago.

She took a moment to steady herself. The stench of sweat, smoke, unwashed floors and grime collected over a century muddled her mind. The rickety wooden staircase should have collapsed ages ago. It was a wonder it had survived so much through the years. Each year they would bet on it - this would be its last year but no… though narrow, creaking with each step, the weather-beaten stairs had stood the test of time.

She climbed three steps and stopped. She needed to have a plan. She had to be firm. But here, in this dump, she could not concentrate. God! Why did it have to be this place? WHY… could they have left and moved into a place that had a view? She had pleaded, she thought back. Her tears meant nothing to him.

His insults and sneers brought tears to her eyes. She had given it all to this so-called relationship. But enough was enough. She could not carry on this farce, this one-sided love affair.

Like the shade of blue, his smoking was annoying. But he cared two hoots for what others felt, especially for her. He was not in his room but she could feel him in every nook and cranny. Half-read books, clothes, papers and cigarette butts lay strewn everywhere. Chai glasses, a couple of bottles and chappals decorated the room.

Although bright blue, the room stank. The stench of regret, of betrayal, of lost love and facades, engulfed her. She couldn’t cry though. She was reserving her tears for the big fight. She would wait today. It had to be done.