Every time a woman is successful, the society cannot bear it. Maybe she is not involved enough with her kids? She must do more to prove herself a good mother. She is shamed by other women, even men. She is gossip fodder for neighborhood aunties and the chachis, mammies etc.

If her child has a meltdown, falls ill often, wears wrong shoes or has disheveled hair, the working mother is to blame! She is clearly not doing enough. She is heartless, has no compassion as she dresses up each day to go to work while her children are holed up in school. The poor things…. 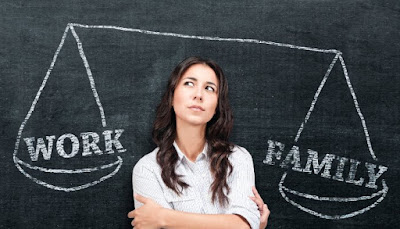 Heard these often? Well, I have and I am dead tired of them. Rather, I am disgusted. I am a result of a working mother. No, let me rephrase that – my mother is a workaholic. Come rain, come shine, she went to work in her 4-inch sandals and crisp cotton sarees. Did I turn out to be a ragamuffin? Was I lost, not cared for enough? No, nothing of that sort! My mother is and was someone who loved her work, excelled at it, won awards and runs her own business today.

So how does a working woman not make a good mother? I’d say she makes a super-mom! Juggling home, kids, husband and a career is no cake walk. There are no holidays no matter what your perks or position at work. Mothers are always working. They actually have more than one job – one that starts in the morning and one that starts when she gets back from work.

My mom attended my school meetings, attended my performances between work hours, helped me with homework and is my best friend today as I am sure is every mom out there to their daughters.

Despite everything she means to me I was once told that it is because my mother did not give me enough attention, I am not an early riser nor can I cook well! According to this person, I did not turn out well. I will also (deviously) add here that the person who told me this is a working mother herself, an extremely judgmental being, who devoted her life to her kids so that they could be indebted to her for life!

How come we judge them so many levels? What gives us the right to dissect their lives and find faults in it? Why aren’t we questioning the men - the fathers? Just because a man buys vegetables and fruits, the woman is lucky. If he helps with a school project or attends the open house, the wife is lucky. If he looks after the child, he is a god sent miracle!

Why are we forgetting that it took a father’s sperm and mother’s egg to create a baby? Gross, but true. Hence, the father is equally responsible and is no miracle worker when he manages to do any of this just as we think it is a woman’s sole duty to suffer drudgery.

Additional to this, there is mother’s guilt. My mom constantly thought she wasn’t doing enough for us… Being burdened with this unnecessary emotion is often justified when they are blamed. In fact, working moms and stay at home moms often accept this guilt as a permanent part of their lives because they are constantly made to feel responsible for all things wrong. Further to justify this burden on mothers, the society terms them as radical feminists. What about father’s guilt? Nope, it just never comes up.

Long ago I had asked my dad why mom needs to keep working and why he can’t he solely manage the expenses. To this, he said he could but all the added perks, toys and vacations were funded by mom while he managed the monthly expenses.

Today I cannot imagine not working and not being financially independent.

Don’t you ever wonder that all good things happen to us because we have mothers who equally contributed to running the house to afford the best for us? That because they wanted to carve a niche for themselves (read they are FEMINISTs), they imbibed in us a thirst for innovation, creativity, and ambition?

Sadly, such thoughts don’t cross our minds and we have the society to help us cement the stereotypes further. And women make up a large part of this society and continue to oppress, harass and shame working mothers. Our society needs every woman to fit into a certain role. God forbid if she can manage multiple hats if she overcomes the challenges… she is surely a feminist who is not doing something right!

Luckily for us, women have continued to believe in themselves, balance their home life and careers, successfully carried the tag of feminism and succeeded with rainbow colors. Here is a beautiful post shared by Humans of Bombay - the story of a mother whose journey along the way is meant for the books. Read the full post here.

“I was raised in a middle-class family that placed the most importance on education and being financially independent. I was one of the 50 students hired by Grindlays Bank right after graduating from DSE and I started at the bottom. My first few stints included delivering pizza to my bosses, labeling 15,000 chairs and keeping stock of stationery, but I loved it! It was a male-dominated work environment, and most people thought I would get married and quit…no one really took me seriously. But I did everything to excel — I would study long hours after work, I would be the first one to enter and last one to leave. In fact, I met my husband at this company and even though I was married at the age of 24 — my passion, to make it never died.

Even when I was pregnant, believe it or not, I was working right ‘till the day of my delivery — I was in a meeting when my water broke and that’s when I left for the hospital! Back then, the maternity leave was just 3 short months and there were no creches at work — so I would bundle my daughter up with the nanny, keep her in a hotel nearby and rush to her in between work to feed her. While my daughter was growing up, I realized that the stereotypes are created by society and on so many occasions by women. I remember, I was traveling for work once and couldn’t attend her parent-teacher meet, so my husband took her and all the mother’s there applauded him for being so ‘involved’— he came back feeling on top of the world but for mothers it’s considered a part of their duty and that’s where the problem lies. I was termed, a ‘bad mother’ because I couldn’t make it and this is 1 of 100 incidents. Once when he took her to a birthday party, everyone there praised him and said, ‘your wife is so lucky — you’re a great husband’. He is the best man I could have ever asked for, but why does society place men on a higher pedestal? Isn’t he as responsible for her school and extra-curricular activities as I am? Aren’t we equals?

When she was 2 years old and had 104 fever, I had a road show the next day — so my husband stayed at home and asked me not to worry. Leaving my daughter behind when she was ill doesn’t mean I don’t love her– on any other day, I would have taken that day off…but my husband did it instead…so does that make me a bad mother?

My fight is not about my work, it’s about not having gender equality. As a working woman, I’ve been so disciplined and made my way to being the CEO of UBS, I’ve cracked billion dollar deals and gone home after to help my daughter with my science project. I’m on the World’s top 50 women on the business list and I still have 20 hour days but that doesn’t make me any less of a homemaker. If we really want to progress, gender equality should be on top of the list — where men and women are equals, where a woman’s career is deemed as important as a man’s and where a man isn’t treated like God for being involved at school or in the house. Just basic equality.”

Please take note: The very last words she said - Just basic equality. Yes, she is a feminist role model and she is asking for basic equality. Feminism isn't about male bashing or hating men but in a world where women have to constantly fight for equal opportunities, equal pay, fight to be taken seriously and not always be sexy or beautiful, or dress in a way to catch attention, men do get bashed. Stand up for your right. Stand up for your wives, mothers, daughters, sisters, girlfriends. Believe in them and support them.