The Purrfect Story: The Wildings by Nilanjana Roy - a book review 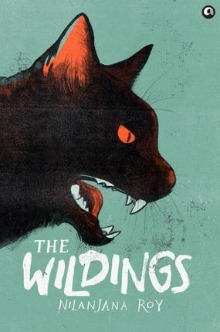