Mini vacation and lots of fotos...

I am back. It happened so quickly that it felt like I was there one moment and back here again. Back again to the routine of drudgery [my work and work place]. I wish we could have stayed longer. Not that Lonavala offered any great change. It used to be a hill station once but now it is a semi concrete jungle.


We thought it would be nice and cold; cosy climate. But it was pleasant or at least it felt that way for a while. Sunday morning was a lot of fun. We had planned to visit the Baja and the Lohagadh Fort. Unfortunately, we could make it to Baja only as Lohagadh was real far [at least we felt that way]. We traveled to the Ek Veera Mata Temple there on.
By the way our cabby did not tell us about Karle Caves right behind the temple and I was daft enough to forget about it. That oldie did not want to take us to the lake so he said that the water had vanished. The bushy dam was also shut according to him. And to think we paid him half a grand! [Need to sharpen my bargaining skills here...]


We climbed about 150 stairs to get to the temple and waited about an hour to do Mataji's darshan. Everyone had to follow the narrow queque for it but this fisher woman found an easier way out! She just pretended that Mataji had entered her body so she decided to blabber some incoherent things and sway to some inaudible music to move ahead in the queque.
People paniced at first and I did too. Then when it sinks in, you naturally feel ridiculous. Someone in the crowd said,"Hey cool idea. Hope devi ma enters our body too!" That earned him a few laughs. Then followed the second fisher woman. She moved ahead saying that she was going to look after her pal. Whatever! They got away faster. It is one of the lamest yet one of the funniest things that can happen. What not people do and get away with it.
Though we know it is all bullshit but then who wants to fool around with religion? How do we or do we dare at all to question what religion preaches? Anyways that apart, we got a good darshan. When I say I mean that the priest did not rush us. I could stand there and pray for a whole minute.


We hardly had any time left when we got out. Then we visited Karle Caves. Had we not noticed the board, we would have just left. Thank god! It was beautiful [see info below]. In the morning we had visited the Baja. Both Baja and Karle Caves are more than 2000 years old. Although people or rather hooligans, have scratched and ruined a lot of stone carving, most of it is still intact. On the whole it was nice and I had lots of fun!


I am adding a few pics so have a look! 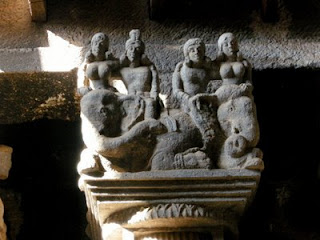 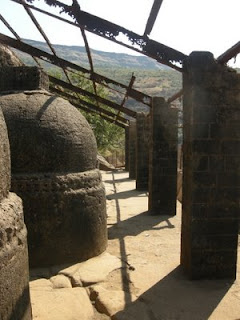 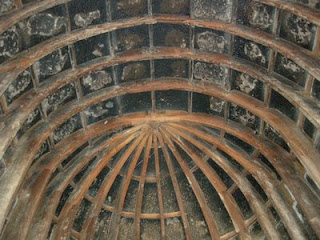 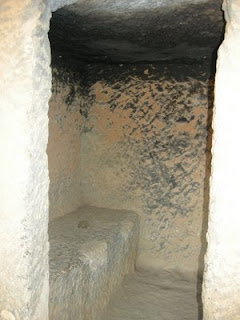 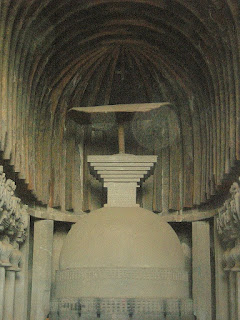 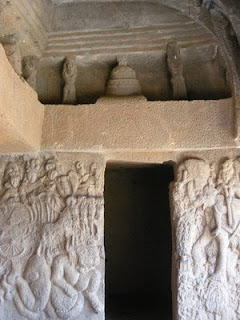 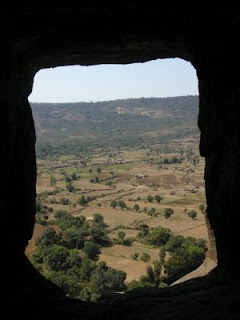 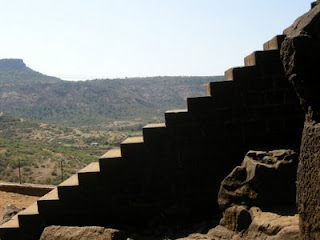 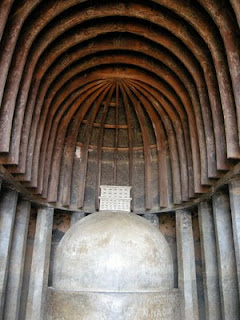